Sometimes comedy is all about the timing: The Yellow Fever epidemic that swept through Philadelphia in 1793 was absolutely not funny at the time when it left 5000 Philadelphians dead.

“But more than 200 years later, we can laugh at the ridiculous treatments that heaped even more misery upon the epidemic,” said Dr. Michael Yudell, who studies the history of public health as an associate professor and director of the initiative in public health ethics in Drexel’s School of Public Health. 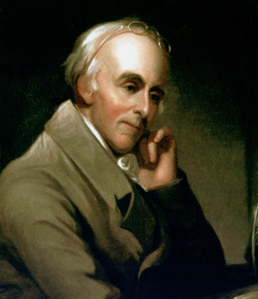 Benjamin Rush advocated bloodletting the majority of the body’s blood supply as a treatment. He also believed the body had about twice as much blood as it actually does and therefore bled many patients to death. He meant well.

Two years ago, at the inaugural Philadelphia Science Festival, he teamed up with the Philly Improv Theater for his first comedic performance of scenes from science past…