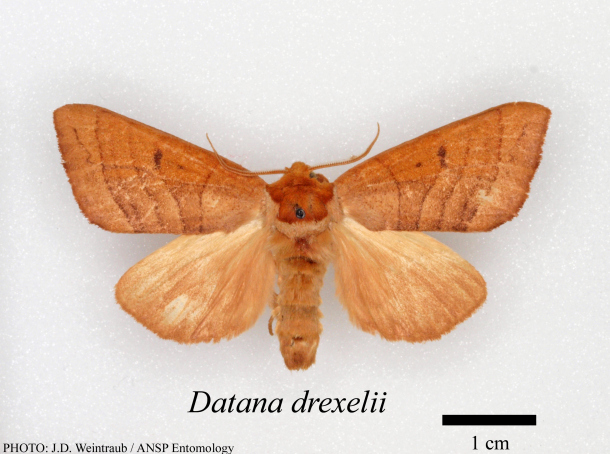 Datana drexelii adult moth from the collections of the Academy of Natural Sciences of Drexel University. Photo by Jason Weintraub

It was a surprise to Jon Gelhaus, curator of entomology at the Academy of Natural Sciences, when he came across the photo of a modest-looking moth in a book a few months ago. It was an ordinary-looking brown moth, not unlike a dried leaf. The surprise was its name, Datana drexelii.

Gelhaus has also been a professor of environmental science at Drexel University for nearly two years, since Drexel and the Academy formed an affiliation in 2011. But this moth showed that the institutions’ histories had been linked for much longer than that.

“I poked around and found out it was named for Joseph Drexel in the latter part of the 1800s for his support for entomological science,” Gelhaus wrote.

Joseph Drexel was the brother of Drexel University’s founder, Anthony…